Who Are The Caponi’s Cannolis and Why?

Back in 1999, while Mr. Caponi was interning for his teaching degree in a small school way out in Osceola County, each classroom teacher had to create a catchy name for their students that went along with their last name. There were t-shirts, signs, and announcements all throughout the school for these classes. When his internship was over and he had his own classroom after graduation, this creative idea stuck with him. He wanted to do the same for his own students, so the Caponi’s Cannolis were born. Parents loved it and we still hear today that their child will be a ‘Cannoli’ for life.

When Mrs. & Mr. Caponi were married, she did the same for her students.  So, when the School of the Arts came along in 2005, Caponi’s Cannolis became the trademark. These kids will forever be our performing Cannolis. 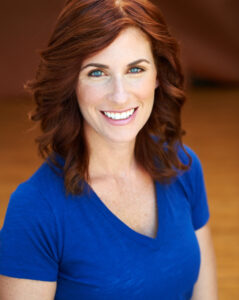 She has taught theater arts classes at Walt Disney World as part of their Youth Education Series as well as for their Camp Disney theater arts programs for grades K-12. She also has taught professionally in the public school system at the elementary level.

Besides teaching the arts, Mrs.Caponi loves being a part of it as well. She has performed on stage in Clermont in the musical “Annie” and the comedic play “Lend Me A Tenor.” (Along with Mr.Caponi!) Before moving to Clermont, she performed on Long Island, New York in the musicals “Baby”, “You’re a Good Man, Charlie Brown”, “My Fair Lady”, “As Bees In Honey Drown”, and “The Butler Did It”.

She has been trained professionally, is currently represented and is regularly auditioning for commercials and print work. She has done commercials for Universal, Disney, Sea World, and local markets.  She recently was cast as the principal mom for a Discovery Cove campaign, and was able to swim with a dolphin!

She hopes to bring her love of theater and the arts to all her students. She believes that learning acting techniques helps students become more confident in themselves and more expressive in their lives! 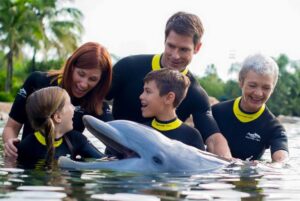 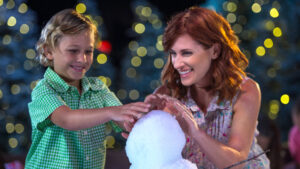 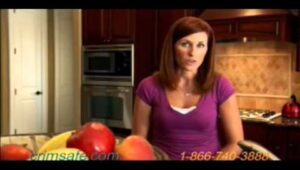 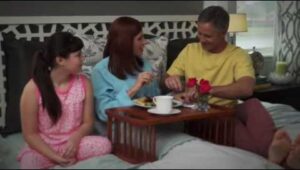 Angelo Caponi is a K-5 music teacher with 19 years experience in Lake County, Florida. He has 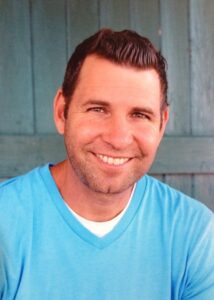 produced over 90 children’s musicals at his current elementary school! In 2009 he received Teacher of the Year by his peers. A graduate from the University of Central Florida, he has a Bachelor’s Degree in Elementary Education K-6 in addition to a K-12 Music Certification. He has a background in theater and singing performance, and has also sung in an 18 piece professional jazz ensemble. If you ever need for him to sing Sinatra gigs, let him know

Mr. Caponi has always loved to sing, and he has learned that sharing his love of singing with children has brought much joy to their lives.

Both Mr. and Mrs. Caponi have found that children that have been a part of their programs continue to talk and reminisce about them for years to come. Being a part of the performing arts is a memorable experience which helps build confidence, friendships, and a positive attitude! 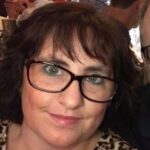 Wendy Webber has been dancing since she could walk and performed in musicals as often as possible in high school and college.  Wendy and her husband performed with a local theater group in Pennsylvania before starting their family.  Wendy actually gave birth to her first born Jacob just hours after finishing a tap number to “Putting on the Ritz”. With a degree in Respiratory Therapy she has worked at over ten hospitals around the US and in Japan.  Dance and theater have always been her first passion which is why when she first moved to Lake County she began working as a DJ, choreographer, and trainer for Radio Disney in the promotions team.  At Radio Disney she was able to host promotional events all over Central Florida including the Justin Bieber concert in Celebration at the beginning of his career.   After nine years with Radio Disney Wendy decided to go back to her other passion which is health care and is now the Supervisor of the Respiratory Therapy Department at LRMC.  Wendy also works with local schools in Lake County to help with their theater productions.  This help ranges from costume creation, stage directing, to choreography and more.  After being with the Caponis for over five years Wendy has said “It has been wonderful watching my children and others learn and grow in theater and dance, what a wonderful experience I have been blessed to have”.    “It has been Awesome to work with the Caponis and I love every experience I get to have with them”.  Wendy is looking forward to doing many more productions with Caponis and hopefully to open many more hearts and minds to the theater.

This site uses Akismet to reduce spam. Learn how your comment data is processed.